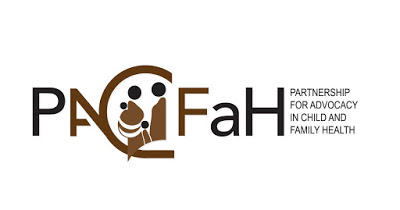 Press Release: Minister of Finance risks the lives of over 7.2 million Nigerian children by holding back release of immunization funds The lives of over 7.2 million Nigerian Children are on the line as the Minister of Finance withholds the release of N12.8bn for immunization as in the 2016 budget.

After months  of the President accent to the 2016  budget and barely five months to  the end of the year,  no releases for  implementation of Routine Immunization activities which will protect the lives  Nigerian children from vaccine preventable diseases and death.

National CSOs/Media were trained by Community Health and Research Initiative (CHR) with support for the Partnership for Advocacy in Child and Family Health (PACFaH) in Routine Immunization budget tracking and advocacy questioned the commitment of the Nigerian government to save the lives of millions of vulnerable Nigerian children. They said the non-release of the Routine Immunization funds to the relevant agencies in charge of implementation exposes Nigeria to a possible reversal of the achievements of two years since the interruption Wild Polio Virus in Nigeria.

They expressed fears that the image of Nigeria in the global community since the interruption of polio has improved but further delay of funds by the Ministry of Finance would have severe consequences in the country and global support that it receives.

It was also stated that the financial burden of polio eradication was largely borne by international donors. According to Stears Report, Nigeria’s total contributions to the Global Polio Eradication Initiative amounted to roughly $111 million between 2006 and 2013; and the estimated funding required for eradication efforts in Nigeria is $170 million just for 2016.

Nigeria has recorded significant progress in reducing childhood mortality, and vaccines have been a significant contributor, prioritizing the sustainability of these gains will be important at this point. New vaccines such as the pentavalent vaccine have been introduced and Routine Immunization coverage has improved significantly from about 48% to 50 % in 2012 and 2013, to coverage of 87% nationwide in 2014

In a time when the country is passing through a transition  process from donor support, amidst unmet needs for Routine Immunization of childhood killer diseases like measles, meningitis, Pnuemonia, Diarrhea, Mrs. Chika Offor, coordinator of Vaccine Network in Nigeria called on the Ministry of Finance to understand that by virtue of Nigeria joining the Lower middle Income Countries (LMIC) with a GDP of about $510billion in 2014, the country will no longer enjoy the Global Alliance for Vaccine Initiative (GAVI) funding support for immunization which has made significant contribution to the country’s immunization it is important to sustain the gain achieved so far.

It could be recalled that in 2015, Nigeria could not pay its part of the funding requirement and was able to secure a bailout fund from the World Bank, it is with this bailout fund that the country is able to sustain its contribution till the third quarter of 2016, “we have less than five months to the end of 2016 yet nothing has been released for immunization, for procurement of vaccines and other logistics. As a nation we cannot continue to depend of development partners to buy the vaccines we need in the country yet we have funds for such purposes in our budget” said Dr Aminu Magashi Garba CHR/PACFaH, Project Director.

He further said the “delay in releasing Routine Immunization funds puts the country at risk of experiencing stock out of vaccines in few months, if the Ministry of Finance is unable to priorities needs to protect the lives of under five children in the country”

Immunization is the way to go to save the lives of our children, reduce cost of health care and give the children who are the leaders of tomorrow the opportunity to live their potential, but if we as a nation cannot provide health care to our children what message are we sending to the world?
In tracking Routine Immunization funds, the CSOs and Media present decided to form a strong coalition and launch a social media campaign called #RITrackit which hopes to raise awareness of the public on immunization funding activities in the country to ensure increased accountability and transparency in funds expenditure.
Posted by Unknown at 12:33